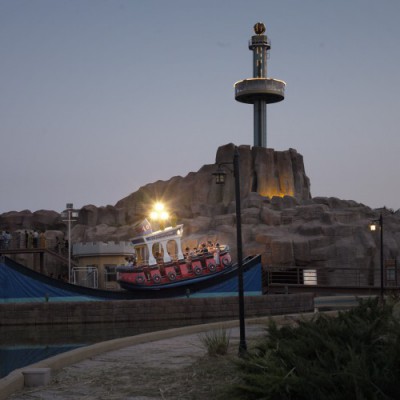 Ship
Glittering white towers frame the marble entrance of Turkmenbashi’s World of Fairy Tales, named, like almost everything in the country, after the Great Leader. It was his last gift to the Turkmen people: two weeks after the amusement park opened in December 2006, Saparmut Niyazov, aka Turkmenbashi, Father of the Turkmen, died. Turkmenbashi’s World of Fairy Tales - known locally simply as 'Disney' - is home to 54 attractions, all centred on the theme of Turkmen identity and fairy tales. The Ferris wheel is adorned with Turkmen jewels, Turkmen fairy tales are brought to life in a cave and the rollercoaster careens across a map of the Caspian Sea.