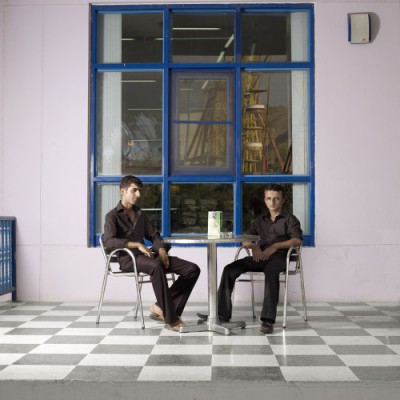 Omar and Akram
Omar and Akram were neighbours in Mosul. Omar is Arab, Akram Kurdish.
A year ago Akram and his family fled the violence in Mosul. ‘If I go back I’ll be killed, because I’m Kurdish,’ says Akram. For the last few months Omar has lived in Duhok. Due to the violence in Mosul he was unable to find work. In Duhok he works in a garage. He is on his own and sometimes sleeps at Akram’s, sometimes at the houses of other acquaintances. Akram also wants to work, but says this is not easy. ‘I don’t know anyone here, and that makes it hard to find work, I don’t mind what kind of work, just as long as I can work'.