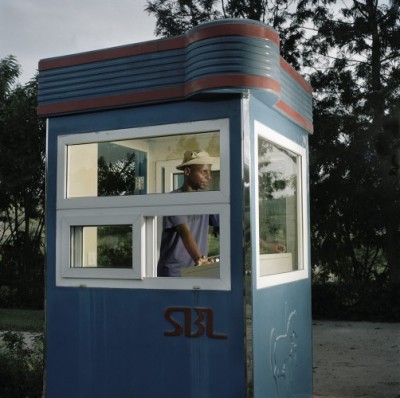 John
John is a student who works weekends in Bambino Super City, a small amusement park in the hills, twenty kilometers from the Rwandan capital Kigali. The same hills were the backdrop of one of the most tragic events in human history: the Rwanda genocide of 1994. An estimated 800.000 Tutsis and moderated Hutus were killed in only two months. Today, Rwanda is still dealing with the enormous psychological and social damage caused by the violence.
John is a rescapée, a survivor. Almost all of his family got killed in 1994. Together with two younger brothers and four children who lived next door, he managed to escape the militias. At the age of fifteen he became head of his new family. Besides working in Bambino Super City, he has two other jobs to support his family. Although he doesn’t earn a lot, he likes the job in the park. 'It’s relaxing and people are happy here.'