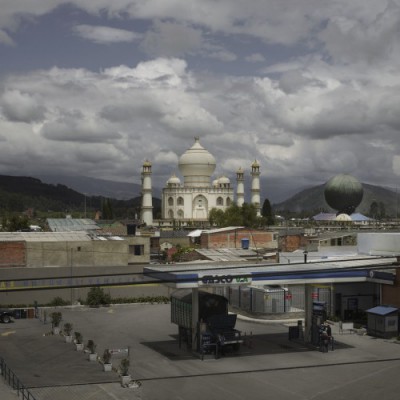 Taj Mahal
Parque Jaime Duque, near the Colombian capital Bogota, was founded by Jaime Duque, Colombia's most famous aviator. The park was designed not only to offer visitors an enjoyable day; it also had to educate them. Using replicas of famous buildings and lifelike dinosaurs, Jaime hoped to elevate his people. He wanted to bring the world to Colombia, giving Colombians who would never have the means to travel the chance to see something of the world. Based on photos he took in India, he replicated buildings such as the Taj Mahal. He was so attached to his amusement park that he decided never to leave. For 12 years, he and his family lived on the top floor of the Taj Mahal replica. When he became ill at the age of 90, he asked his family to let him die peacefully in the park. His widow still lives there.