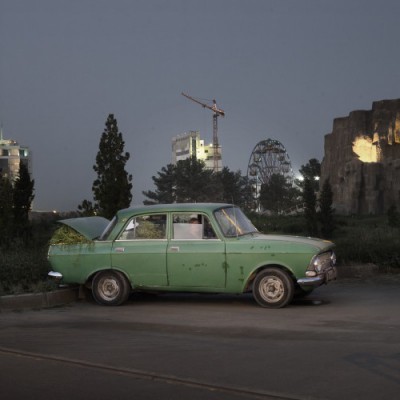 Ruslan's Car
Every evening, Ruslan and his wife go from their house in an old Soviet neighbourhood to the amusement park. In the bone-dry surroundings of Ashgabat this is the only place they can find succulent green grass for their animals. They keep four sheep and two cows in their garden, says Ruslan, a retired security guard. He sells the milk at the market. Only after considerable urging will the interpreter ask him if he sells the milk to supplement his meagre pension. Shocked, Ruslan looks around him, excuses himself and once again bends over the tough blades of grass.