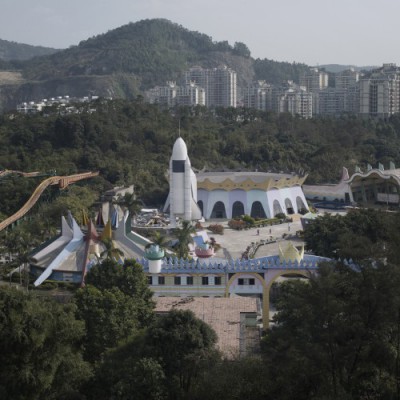 Nanhu
Nanhu is an old state-owned amusement park dating from the 1980s - and its age is beginning to show. The '80s were a revolution for China. For the first time in its history, the People's Republic implemented economic liberalisation policies. The country threw off the yoke of the Great Leap Forward and the Cultural Revolution, and the borders were opened to the global economy. The increasing prosperity was evident in things like the construction of amusement parks, which introduced the Chinese to a whole new world of entertainment. In the meantime, Nanhu has lost out to modern amusement parks in the fierce battle for visitors. The park now caters to the poor, especially migrants from other provinces.